Hydrogen Ball is the first step of a project in which we explore the speculative aesthetics of Hydrogen Fuel Cell product and methods of alternative interaction that might exist in a society created by this technology. The project is part of Imaginary Produce Laboratory, a series of articles for H2OPE, a magazine that explores Hydrogen Fuel Cell society. In the process, we deconstructed the roles that hydrogen plays in the technology to redefine hydrogen as a medium that generates, carries, and stores electricity. Then we came up with a parallel world where hydrogen is the only available substance for that purpose, a world where the familiar chemical battery does not exist, to visualize mundane interactions that we would have with hydrogen in such a situation. 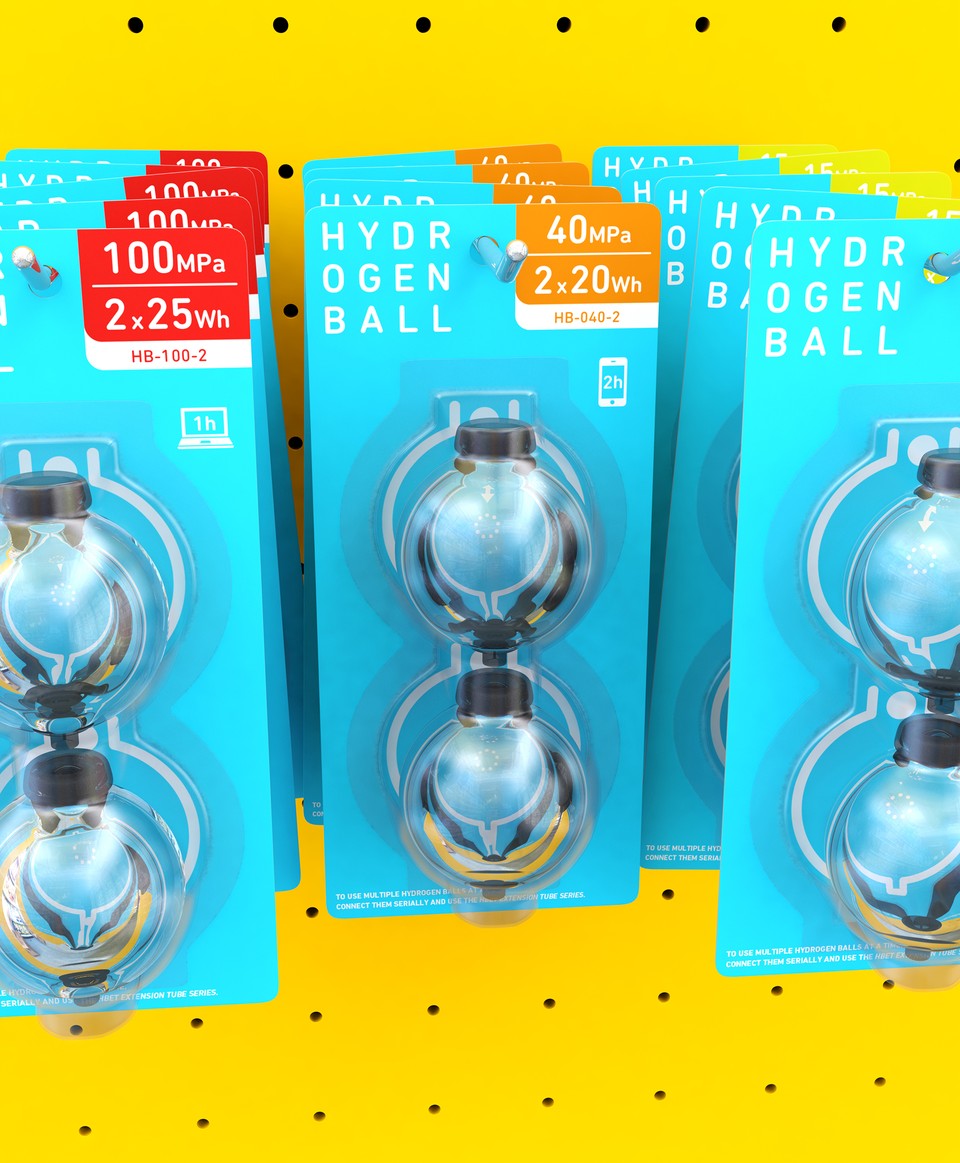 A transparent sphere holding transparent energy–the HB Hydrogen Ball series–is probably the most popular form of hydrogen today. Now, most portable electronics are equipped with at least one slot for this egg-sized ball. Some of the thickest Hydrogen Balls can encapsulate hydrogen at pressures as high as 100MPa, enough to power the latest smartphone for more than an hour. You might have seen young people in town hanging a number of these balls at the end of their smartphone’s power tube. The spread of Hydrogen Tanks has enabled people to easily recharge hydrogen into balls with the help of the ingenious Lamune mechanism inspired by old glass bottles.

Hydrogen Balls have drastically changed our perception of energy by having almost all of its parts made of transparent materials. Hydrogen is an energy carrier that has no colour or scent. It is extremely difficult to physically grasp Hydrogen’s existence, usefulness, and danger. However, Hydrogen Ball has succeeded in translating Hydrogen into a tangible experience through its transparency “thickness.” When looking through a Hydrogen Ball, one will see that the view appears distorted. The degree of the distortion correlates to the amount of energy that the ball can contain, because the thicker the material is, the higher the pressure it can withstand and, therefore, the more hydrogen it can encapsulate.

Looking through the Hydrogen Ball: how will it affect our perspective of the world? 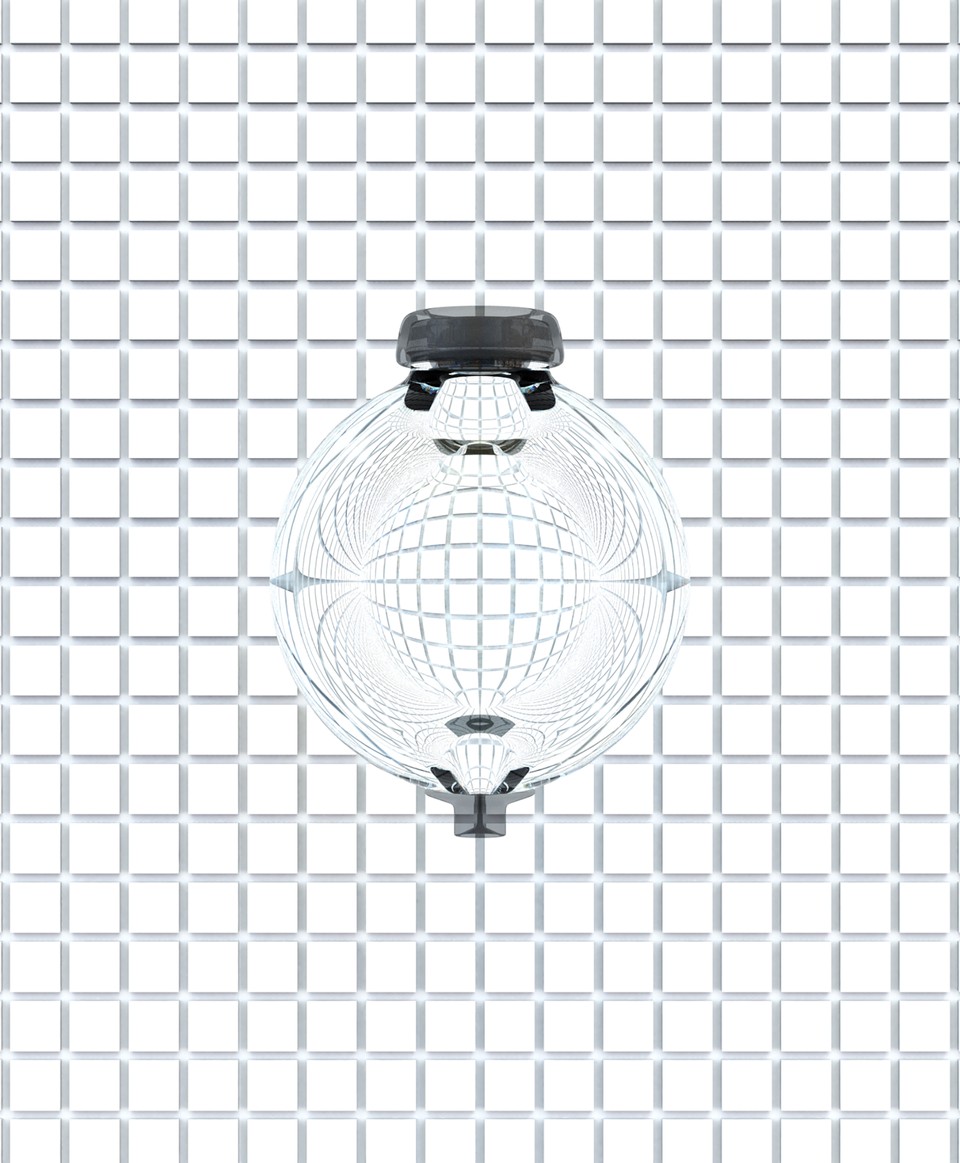